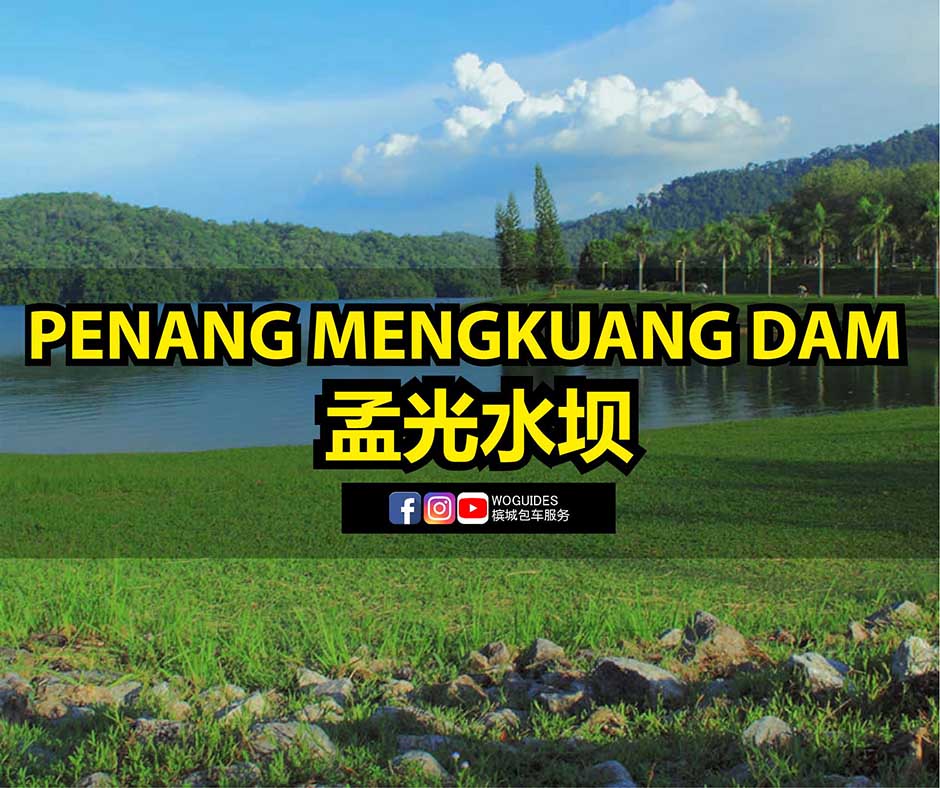 Officially opened in 1985, Mengkuang Dam is notably larger than the Air Itam Dam with a storage capacity ten times greater. The massive dam is a popular destination for sports and recreational activities. A homestay programme (Mengkuang Titi) is available as well. 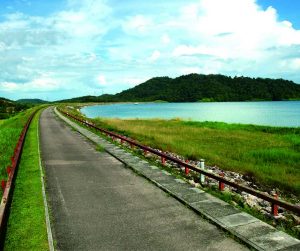 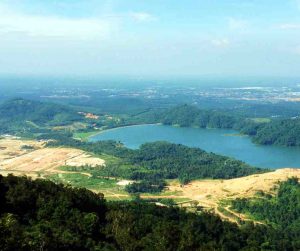 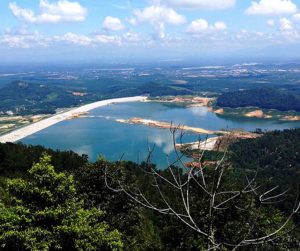 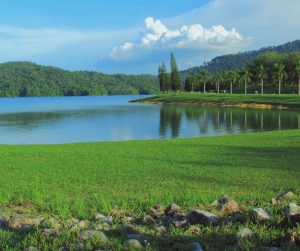 Mengkuang Dam (Malay: Empangan Mengkuang, Tasik Mengkuang) is a dam located less than 28 km to the north-east of Butterworth in Penang, Malaysia. It is the only dam situated in Seberang Perai (Penang Mainland) and the second dam built in Penang after Ayer Itam dam. It was officially opened by the former Governor, Dr. Tun Awang bin Hassan in 1985. It has the water catchment area of 3.9sq km and a gross storage capacity of 23.6 billion litres makes it the largest dam in Penang, almost 10 times the capacity of the Air Itam Dam. Mengkuang Dam will be closed to the public from August 1, 2011 until July 31, 2016 for enlargement and renovation. The US$200 million enlargement includes increasing the height of the dam by 11 m (36 ft) and its length 1.7 km (1.1 mi) to the west. A new intake and spillway will also be added.

The park in the dam area is a popular place for recreation. Mengkuang Dam is also one of the venues for the annual Penang International Dragon Boat Festival. The festival is a fiesta of colour and noise, in which traditionally-built boats race through the waters of this dam, the boats are cheered on by enthusiastic spectators. The race begins with a slow beating of the drums by the helmsmen. The beat increases steadily, going faster and faster, and then rising to a crescendo as the boats cross the finish line. The ornate and painted ‘dragons’ on the boats’ prows add to the gaiety of the festival.