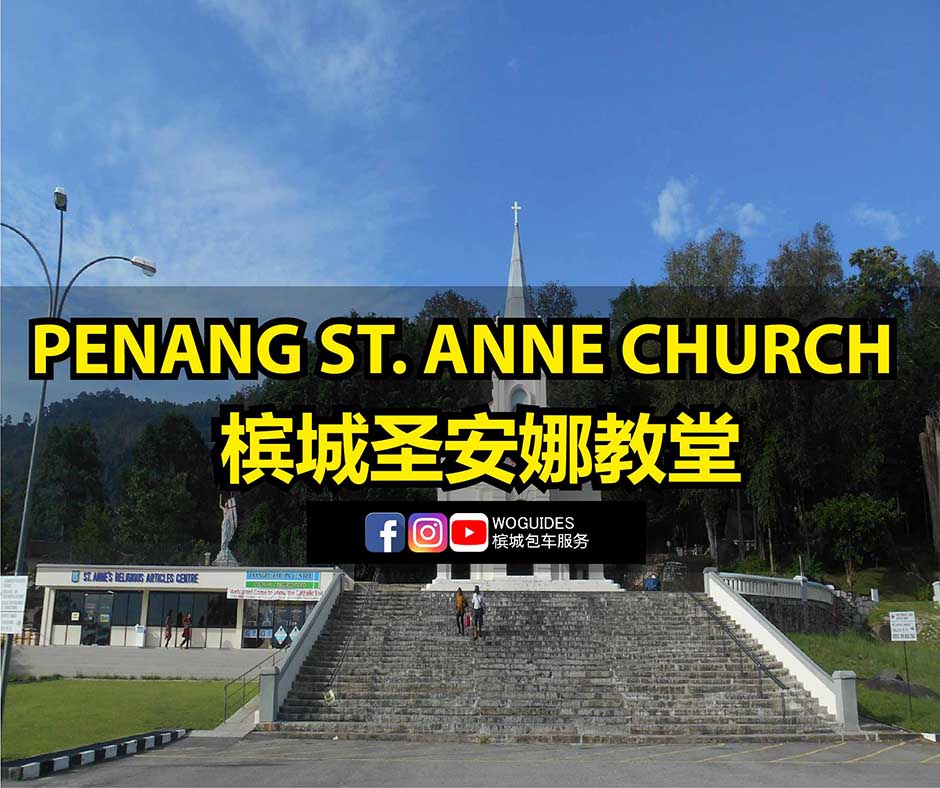 St. Anne Church Penang founded in 1846, the Roman Catholic church is named after St. Anne, mother of the Blessed Virgin Mary. Every Jul, St. Anne;s Feast is celebrated grandly. It is usually followed by two nights of candle light procession and vigil. 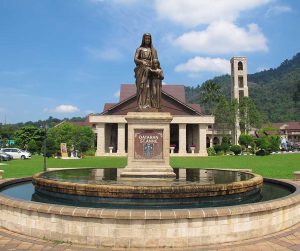 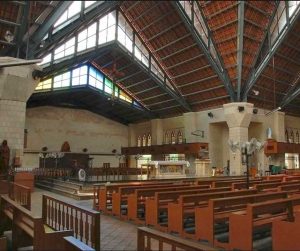 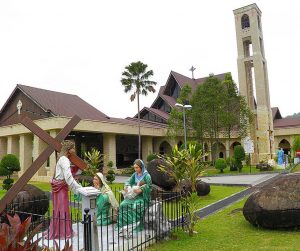 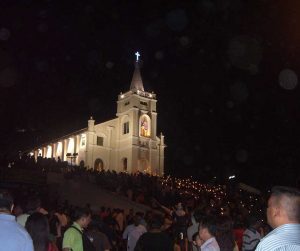 The first chapel of St. Anne church Penang was built on top of the hill. As soon as the Catholic population begin to increase, a new church was built. It was opened in 1888. This is the church which is now the St Anne’s Shrine. It was the main church for the annual celebrations for St Anne’s feast. In the 1950s, when Malaya declared an emergency, the church grounds were designated as a no-go area. It was only in 1960 that the emergency was lifted. In 1977, the church started moving back to the St. Anne’s Shrine and restoration works begin, due to being abandoned for a long time. The stained glass inside and one of the three bells were recovered.

The parish moved further down the road and in 1958, the parish opened another church. This church was known as the “new church” for over 40 years, and was the main centre for the parish and the feast celebrations until 2003. In these years of the feast, pilgrims had to commute between this church and St. Anne’s Shrine, which is 2 km away. This grounds now occupies the Kim Sen Primary School.

The 1990s to 2000s saw a major transformation for this church. In 2002, another new church was built. This church could fit 2,200 people, and is one of the largest churches in Malaysia. Work on the new St Anne’s Church started in 2000 and was completed two years later. It was opened by the then Apostolic Delegate to Malaysia on 26 July 2002. This church has Minangkabau roofs, truly reflecting the Malaysian culture. Not only was a new church constructed, an avenue named Dataran St. Anne was constructed in front of the church. In view of turning St. Anne’s Church into a pilgrim centre, Domus St Anne was also built to accommodate pilgrims who intend to stay over. A parish office, parish community centre and presbytery were also built, thus enlarging the sanctuary grounds.

In 2006, the church installed ‘Statues of Passion’ at a cost of RM600,000. These statues depict the stations of the cross. A grotto dedicated in honour of the Blessed Virgin Mary was opened on 26 July 2008. In June 2010, a second accommodation place, St. Anne’s Dorm, was opened by the then parish priest Fr Stephen Liew. Currently, the parish priest is Msgr Henry Rajoo. At present, St. Anne’s Church also administers 2 chapels, namely Chapel of Our Lady of Sorrows in Alma, and Chapel of Our Lady of Fatima in Berapit.

Cherok Tokun Relics are ancient inscriptions on a rock in Bukit Mertajam, Penang. Also called Batu Bersurat Cherok Tokun, it is the only ancient megalith in Penang, Malaysia, as recognised by the Malaysian Department of Museum and Antiquities. The granite megalith is located at the foot of Bukit Mertajam, within the compound of the St Anne Church. To reach it, walk across the driveway from the new St Anne Church.

The Cherok Tokun Ancient Inscriptions were first documented by Colonel James Low, a British army officer, in 1845. In his log, Low recorded his disappointment of not finding a more spectacular ruin, expecting to find an ancient temple ruin. He documented what he made out to be “a group of seven inscriptions”. The inscriptions were believed to be in pre-Pallava script and written in Sanskrit.[1] One of the inscriptions mentions Mahanavika Budhagupta and give the Buddhist creed Ajnanac-ciyate Karmma… They were attributed to the ancient Kingdom of Kadaaram, which flourished in northern Malaysia in the 5th to 6th centuries. However, according to J Laidlay, who translated the text in 1848, the inscription was Pali, not Sanskrit.

The Museum and Antiquities Department built a shed over the megalith in 1973. It was the first and only ancient relic in Penang to be gazetted. By that time, the megalith was already covered with graffiti added by latter-day visitors, including an inscription by Colonel Low himself.

Generally, Catholics celebrate the feast day of its saints on one day, for example, St Patrick’s Day. The actual feast day of St Anne is on 26 July, but it is celebrated for ten days at Bukit Mertajam, either on the actual day or immediately after the actual day. Celebrations include a candlelight procession, a nine-day novena and adoration of the Blessed Sacrament. Pilgrims, estimated to be around 100,000, come from Malaysia, neighbouring countries and further afield.