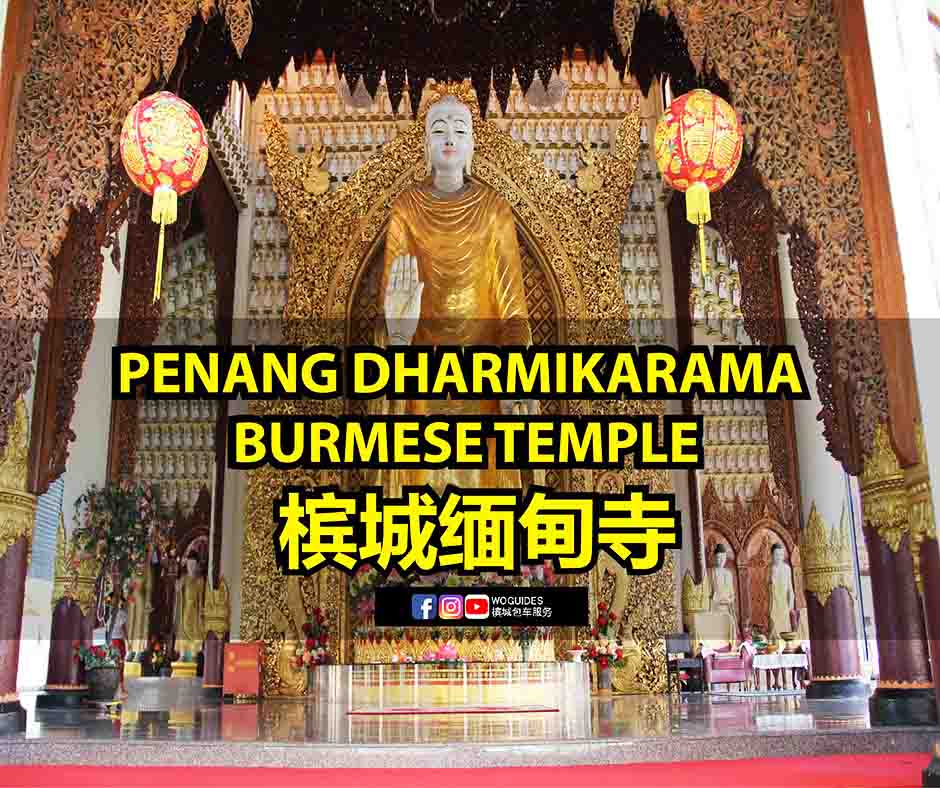 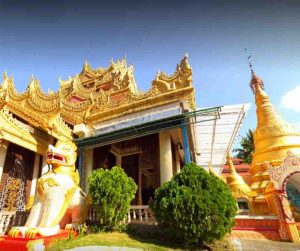 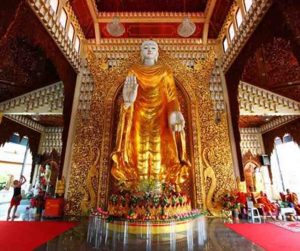 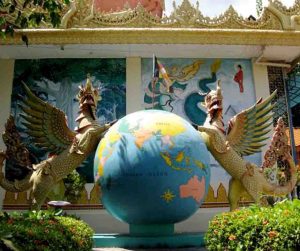 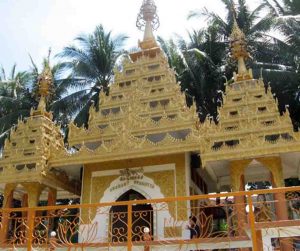 Dhammikarama Burmese Temple was founded in 1803 (the oldest Buddhist temple on Penang Island) previously named as the Nandy Moloh Burmese Temple. It situated directly across Burmah Lane from Wat Chaiyamangkalaram, a Thai temple.

At first, Nonya Betong (the temple’s female patron) bought this land at $390 (Spanish dollar) from George Layton ,which then granted by the then Lieutenant-Governor of the Prince of Wales Island, Sir George Leith. The temple’s first Chief Abbot was U. Nandamala.

Quite a number of statues of the Buddha and mythical creatures can be found inside the temple. For instance, a pair of winged chimeras called ‘Panca Rupa’, or the ‘Guardian Protectors of the World’, combines the features of various creatures such as elephants, fishes and the garuda to symbolise the three realms of land, air and sea. As with other Burmese temples, the chinthe is another prominent creature within Dhammikarama Burmese Temple. The oldest portion of the temple is its stupa, which was consecrated in 1805.