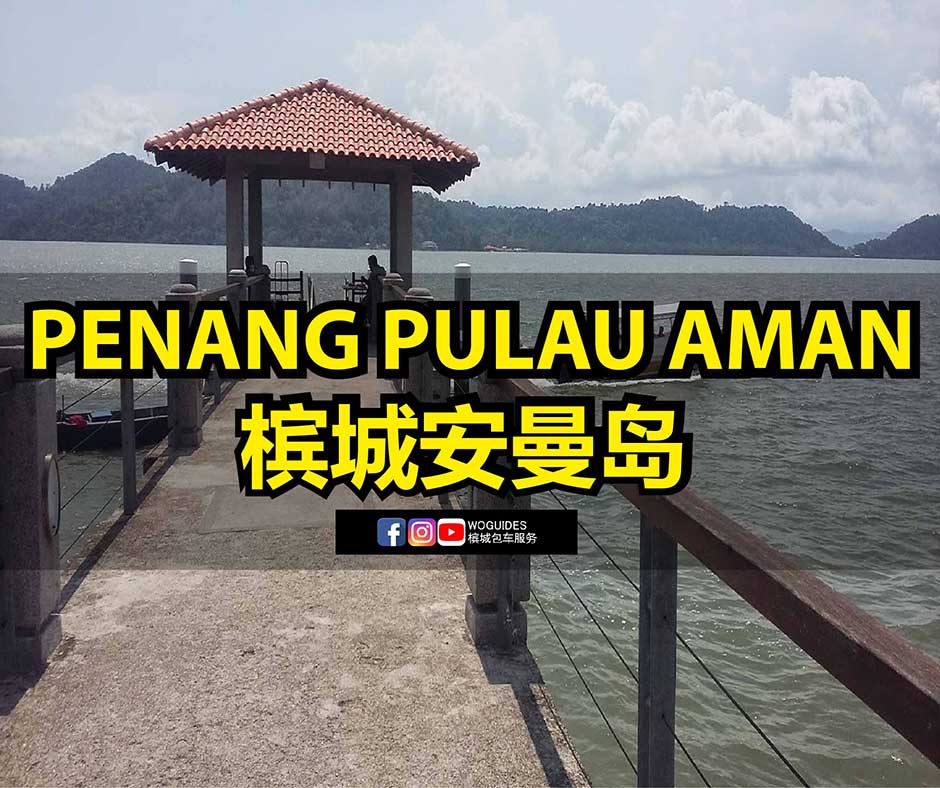 Pulau Aman, Penang which means “Island of Peace” translated from the Malay Language is a small fishing village accessible via a 15 minute boat ride from Batu Musang jetty, Seberang Perai. Fishing, water sports and jungle trekking are some of the popular activities on the island. Visitors can also take the opportunity to feast on a variety of fresh seafood dishes from a floating seafood restaurant operating on the island. 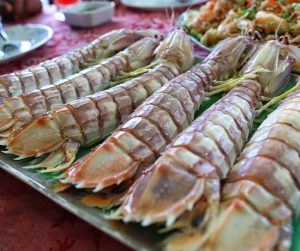 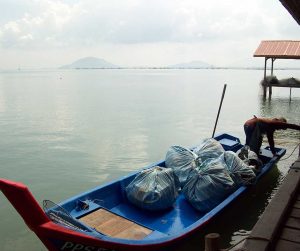 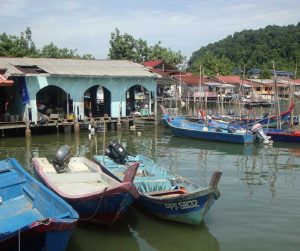 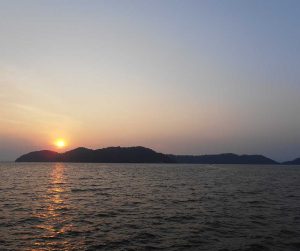 Pulau Aman, Penang is an islet off the coast of Seberang Perai in the State of Penang, Malaysia. This islet, along with the adjacent Gedung Island, falls within the jurisdiction of the South Seberang Perai District.

Famously known as the “Island of Peace”, it is a home to a traditional Malay village. There are many interesting places to visit in Aman Island such as Jalan Telaga Emas, Batu Perompak and the nearby island of Gedung Island.[1]

It is said that Aman Island and Gedung Island were once owned by two brothers named Mr. Md Saad and his older brother. Saad died at the age of 99.

To reach here, you need to get to Batu Musang jetty in Batu Kawan and take a 10 minutes boat ride. The ticket costs RM7/pax and that also includes your return boat to the mainland.
Being a traditional Malay village, Pulau Aman receives visitors who want to experience the peaceful and quiet kampung lifestyle. There are also a couple of simple restaurants that serve seafood and mee udang, the latter being an island specialty.

Restoran Terapung (floating restaurant) is the biggest seafood restaurant around and it also offers an unobstructed view of the sea. Prawn is the main ingredient here, used to prepare fried noodle and rice.
For noodle, you have a choice of kuah and goreng – one with gravy and the other without. You can also bring your own seafood here to cook, but with the condition that they were bought from the fishermen at the jetty.