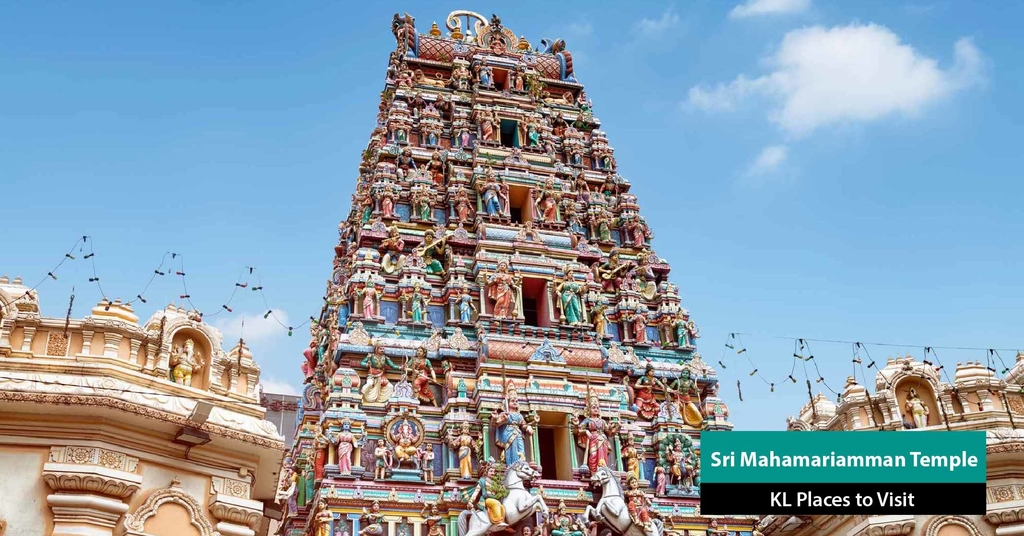 Sri Mahamariamman Temple is one of the oldest and magnificent 22-metre-high gate tower and portico are adorned with intricately carved images of Hindu deities.

Located within are the deities of the Hindu goddess Maha Mariamman embellished with gold and precious stones. Take in the sights and sounds from peddlers selling strings of jasmine garlands to aromatic incense filling the air.

The Sri Mahamariamman Temple was founded by K. Thamboosamy Pillai in 1873 and was initially used as a private shrine by the Pillai family. The family threw the temple doors open to the public in the late 1920s and eventually handed the management of the temple over to a board of trustees.

This is the oldest functioning Hindu temple in Malaysia. It is also reputed to be the richest in the country. The temple was originally sited somewhere near the Kuala Lumpur railway station. It shifted to its present location along Jalan Tun H.S. Lee (next to KL’s Chinatown) in 1885.

We provide 【The Best Kuala Lumpur Van Rental 】services in Malaysia.。Contact us now！🤠