Skip to content
May 2, 2018by Woguides Adventure Sdn Bhd 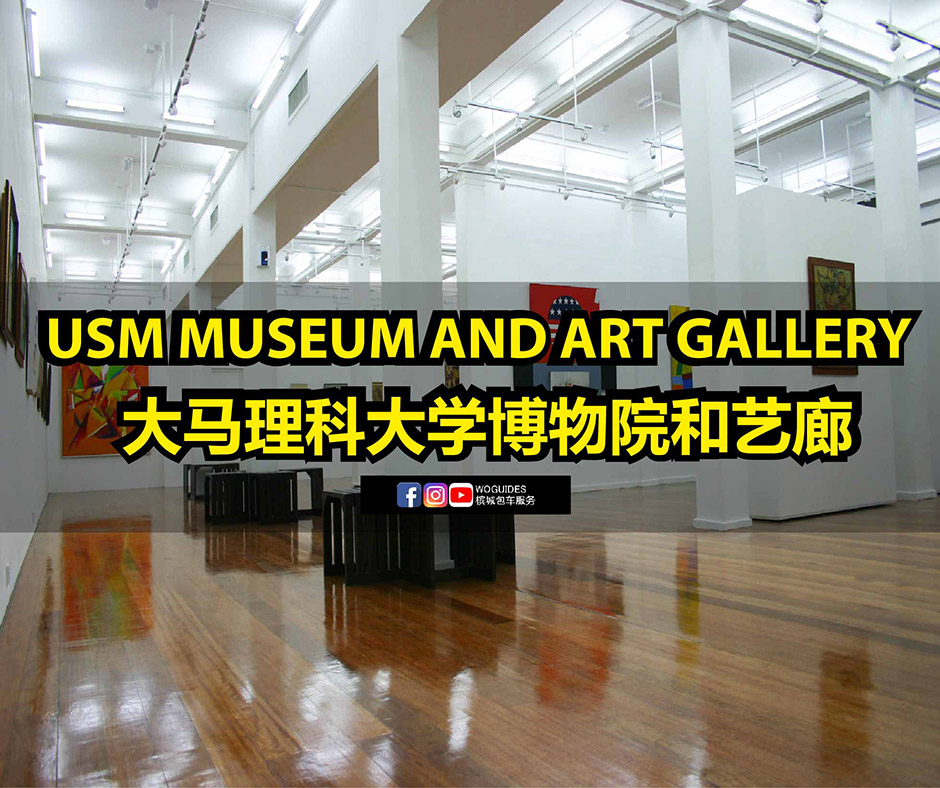 USM Museum and Art Gallery exhibits a diverse collection of artifacts, textiles, prints, traditional jewelleries and Malay daggers as well as collection of paintings from the Baba Nyonya an Malays. 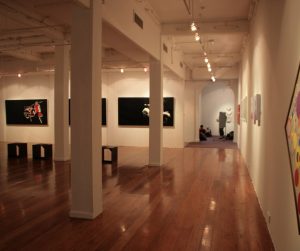 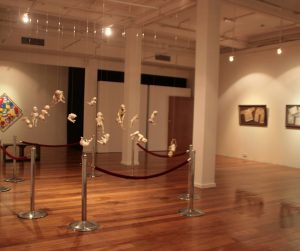 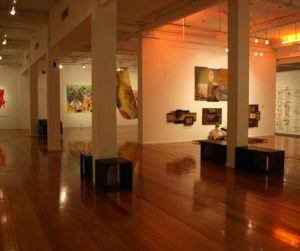 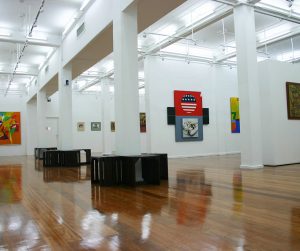 The establishment of Muzium & Galeri Tuanku Fauziah (MGTF) at the Universiti Sains Malaysia (USM) was initiated by the forward-looking vision of the first Vice-Chancellor of USM, the late Tan Sri Prof. Hamzah Sendut. The plan to establish a museum in USM was initially proposed after the establishment of the School of Humanities and the introduction of the Fine Art Programme in 1971 and 1972 respectively.

USM was the first public university in Malaysia to pioneer the offering of fine art at a higher education level. Since then, numerous exhibits, works of art and collections were acquired to complement the teaching and learning at USM. A special task force committee, under the patronage of the late Tan Sri Prof. Hamzah Sendut, undertook the acquisition endeavour. The committee was led by several prominent scholars in USM such as Lim Huck Tee, Dato’ Prof. Sharom Amat and Dato’ K.J. Ratnam with members from the academic staff of the School of Humanities and the then USM Art Center.

This initial effort was later supported by the second Vice-Chancellor, the late Tun Hamdan Sheikh Tahir. As a result, paintings, silverware, keris and traditional musical instruments were purchased as a part of the effort to set up the Museum and Art Gallery. T.K. Sabapathy was appointed as the first Honorary Curator. The appointment was later complemented by the official appointment of the Museum and Gallery’s first Curator in 1981, Wan Zakaria Wan Ismail, who was responsible in developing the collections into a fully-fledged USM Museum and Gallery as it has been known until today.

The collections were initially placed under the USM Library, under the supervision of the then Head Librarian, Lim Huck Tee. The effort to obtain collections for teaching purposes was accomplished through bulk purchases from galleries in Kuala Lumpur. Concurrently, the Performing Arts Programme, under the supervision of Ghulam Sarwar Yusoff, was also acquiring exhibits such as traditional musical instruments, costumes, theatre props and traditional games for the use of USM students.

The USM Museum and Art Gallery was officially opened on 21 January 1982. It was inaugurated as the Muzium & Galeri Tuanku Fauziah (MGTF) on 19 March 2007.

The campus site and area around the Muzium & Galeri Tuanku Fauziah is a rich repository of history and heritage. It is linked to the name Bukit Tok Jannatun, in conjunction with the name of one Minangkabau explorer who was bequeathed a piece of land from Batu Uban to Gelugor by the then Sultan of Kedah around the mid 18th century. It later fell into the hands of one English nobleman, David Brown. His residence on top of a hill was a source of inspiration for a painting by William Daniel in 1818. The site was later bequeathed to the British army, and named “Minden” after a town in Germany. Later, it housed the Malaysian army before finally being turned into a campus and renamed Universiti Pulau Pinang. The building that houses the Museum was used as a premise for the University Library until it was later turned into the USM Museum and Gallery in 1982. The beautiful and majestic building reflects a neo-classical style with Doric columns.