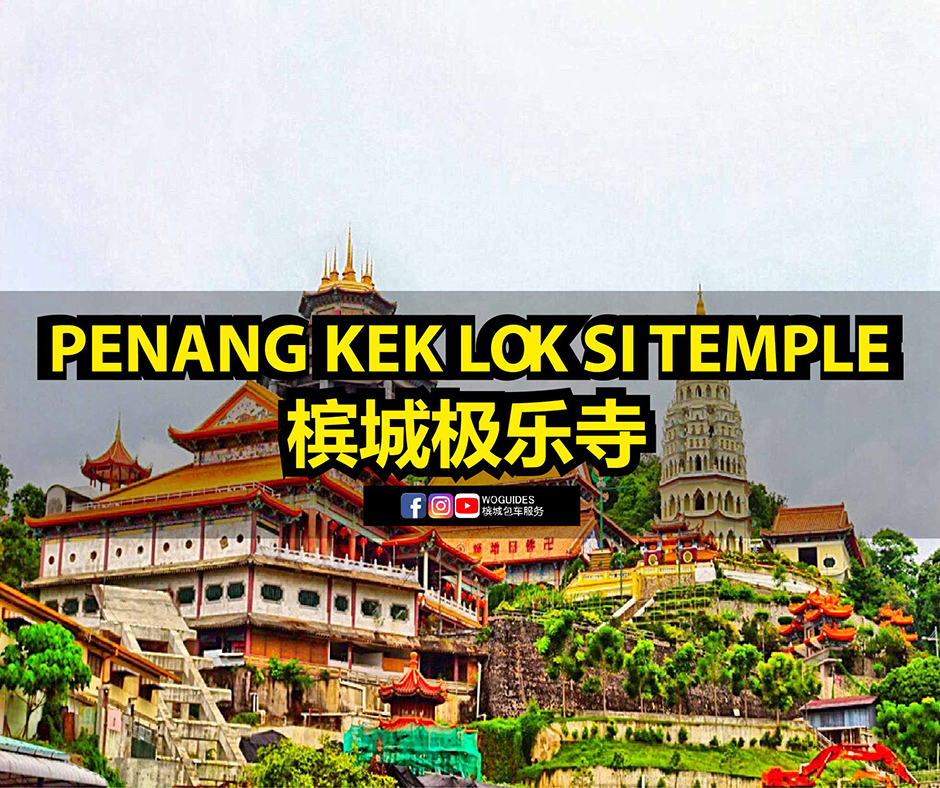 Kek Lok Si temple is the largest Buddhist temple in Southeast Asia which began its construction back in the 1890. Houses a 7-storey handcrafted “Pagoda of Ten Thousand Buddhas” and a 30.2m bronze Kuan Yin stature.The temple lights up in remarkable fashion during Chinese New Year. Over 200,000 decorative lights and lanterns will illuminate Kek Lok Si temple during festive period. 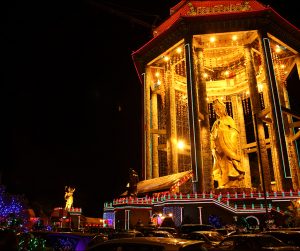 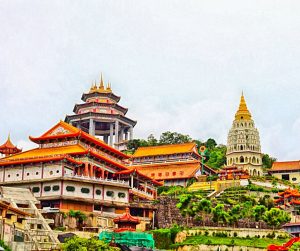 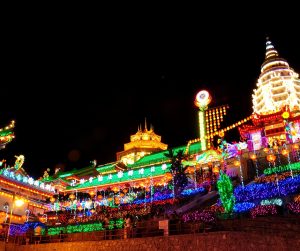 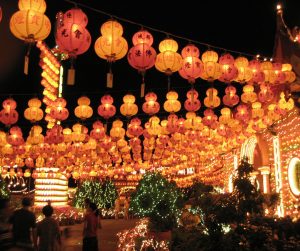 Kek Lok Si Temple is located at the foot of the Air Itam mountain in George Town on Penang Island. It is built over a plot of an area of 12.1 hectares (30 acres) that was donated by Yeoh Siew Beow. It is about 3 kilometers (1.9 mi) walk from the Penang Hill Station.

Most visitors approach the temple as they ascend a stairway, roofs of which provide shelter to a multitude of shops selling souvenirs and other – mostly secular – commodities. They pass by a so-called Liberation Pond, following the Buddhist tradition of merit-making, turtles may be released into freedom, albeit a limited one.

The temple itself consists of several large prayer halls and pavilions for assembly and prayer, statues of Buddha; various Bodhisattvas as well as Chinese gods are being venerated. The architectural features include carved pillars, fine woodwork, mostly painted in bright colors, and a plethora of lanterns add to the visual impression. Fish ponds and flower gardens are also part of the temple complex.

There is a cable car to carry pilgrims and visitors further uphill. On the elevated platform, there is a fish pond, and the towering statue of Kuan Yin, Goddess of Mercy which is worshiped by women to beget children. The monks and nuns, who are housed in a monastery and who are in charge maintenance and operation of the temple complex, consider it as a spiritual retreat to attain salvation.